Mortal Sins is the fifth novel in the world of the lupi series. Note there are several short stories in this series that appear in various anthologies. 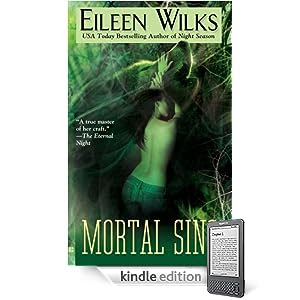 In this book Lily and Rule are in North Carolina, near the Lediolf clan's home, to pickup Rule's son Toby.  Rule discovers some dead bodies and their family visit turns into a death magic investigation that endangers Lily, Rule, and Toby.  Add in complications with the Lediolf clan and what was a settled custody battle over Toby and the story gains depth and momentum.  It's another one that's hard to put down.  Highly recommended.
Posted by popnowlin at 08:55 No comments: Links to this post

Sole Survivor is about a man named Joe who lost his wife and daughters in a plane crash. There were no survivors, all 350 passengers and crew perished. Joe is devastated. He quits his job, shuns his friends, and is simply waits to die.

One year later, his life is in ruins when he visits his family's grave. He meets a mysterious woman at the cemetery, who apparently survived the crash, but before he can question her she's chased off by two men with guns. This is the start of an adventure that will strain Joe's hold on reality and change his life forever.  Is his family still alive?


This is classic Koontz.  There's even a cameo by a golden retriever.  This book is hard to put down so be prepared to lose some sleep.  Very highly recommended.
Posted by popnowlin at 20:37 No comments: Links to this post

Turn Coat is book eleven in the Dresden Files series.  The black council has been spreading it's evil influence for the last few novels in this series, but it stayed in the shadows as much as possible.  This time they kill one of the leaders of the white council. 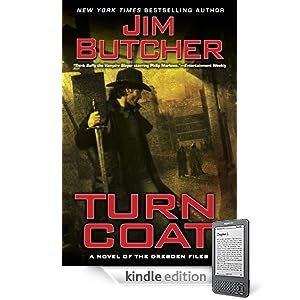 Harry finds himself in the thick of it when the main suspect comes to him for help.  It's his old nemesis, the warden Morgan.  Harry has to clear Morgan's name, keep his from being put on the list, and try to expose the real culprit while staying alive.  There are some real surprises in this book.  Not all pleasant.  Very highly recommended.
Posted by popnowlin at 18:46 No comments: Links to this post

The Children of Hurin is a piece of the history of Middle Earth from before the time of The Hobbit or The Lord of the Rings.  It's a time when men and elves were fighting orcs, dragons, and the original dark lord Morgoth. 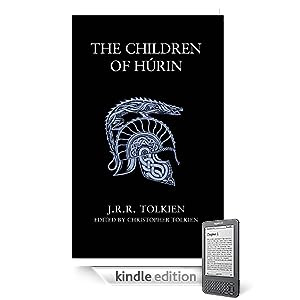 This book is much slower going than The Hobbit.  It's like the Old Testament.  There are pages of pretty boring stuff surrounding exciting little gems of story.  Towards the end the book gets better, but it is a dreary tale of a cursed family.  It's worth reading to get a better understanding of the back story for other works of Tolkien.  However, it's not an exciting read and I've found myself putting it aside to read more interesting stuff for a couple of months now.  Recommended with reservations.
Posted by popnowlin at 22:10 1 comment: Links to this post

River Marked is the sixth book in the Mercy Thompson series.  I always end up with sleep deprivation while reading a Briggs novel but it's worth it.  In this book Mercy and Adam finally get married.  That's just the beginning of this story though.  The real fireworks start on their honeymoon. 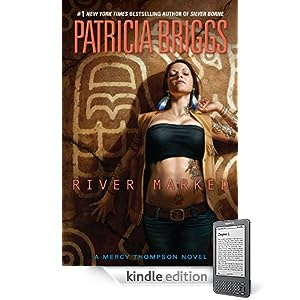 It turns out that the fae have steered Mercy and Adam to a lovely campground on the Columbia River for their honeymoon.  The fae always have an ulterior motive and the river is the key.  Unfortunately werewolves can't swim so Mercy is on her own.  This book has plenty of action, and fascinating but deadly creatures. You'll be surprised at who turns up from Mercy's past that nobody was expecting. Very highly recommended.
Posted by popnowlin at 19:41 1 comment: Links to this post

Thriller 2: Stories You Just Can't Put Down is a collection of short stories from members of the ITW.  The list of authors is long (23)  and impressive.  There were no bad stories in the book.  You've got all the murder and mayhem you could ask for. 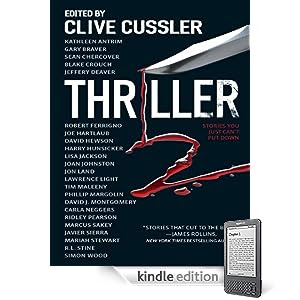 The commentary by Clive Cussler was mostly hyperbole, and I started to skip the story introductions after a while.  The stories were great though.  My favorite was Killing Time by Jon Land.  Sometimes it's hard to tell the heros from the villains.  Very highly recommended.
Posted by popnowlin at 00:27 No comments: Links to this post

Consider Phlebas is my first Banks read. I want to thank my buddy Bob for suggesting him. It's like regressing to my college days when you could get some great hard science fiction from Anderson or Heinlein or Asimov. I sometimes wonder what my GPA would have been if I'd spent as much time in the textbooks as I did in the paperbacks.  Now it's my kindle that beckons. 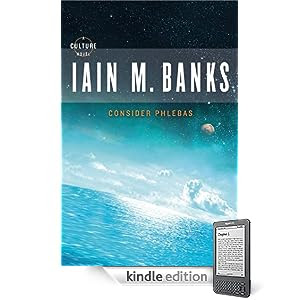 Consider Phlebas is a story about the quest to capture an enemy AI that escaped to a forbidden planet. The conflict is between the Culture (mostly some form of human) and the Idirans (three legged hermaphroditic aliens). The humans appear to be the bad guys, but the distinction is ambiguous at best. Great spaceships, habitats, weapons, and aliens abound.  Awesome is a highy overused term, but I'll apply it to this book.  Very highly recommended.
Posted by popnowlin at 13:42 No comments: Links to this post

Just started another blog that's not about what I've read. This one is about where I live — The Creek. 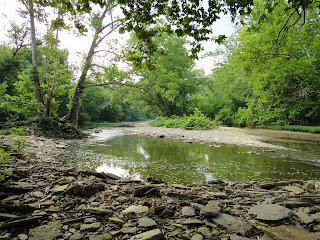 Check it out. Not saying one blogging site is better than another. Just trying something new.
Posted by popnowlin at 13:19 2 comments: Links to this post