The Living End is the third book in the Daniel Faust series. This book is available through kindleunlimited. Daniel's dealing with an FBI probe, still sleeping on Bentley and Corman's couch, and Lauren Carmichael is out there somewhere planning the end of the world. Daniel's plate is overflowing. The worst that can happen is Daniel dies and goes to hell, and then he'll still be with his girlfriend. The rest of humanity won't be that lucky. This is another great tangled web of magic, danger, and deceit. Very highly recommended.
Posted by popnowlin at 23:18 No comments: Links to this post

Barsk: The Elephants' Graveyard is science fiction like nothing else I've read. Future history indeed. Jorl is a Fant historian. He's also a Speaker. Jorl is only the second Speaker in history to also have an Aleph. Jorl's problem right now is that he thinks he's detected The Silence, that obscure prediction from Margda's prophecy. Margda was the first Speaker, and the only other Speaker to earn an Aleph. The question is, what will Jorl do about The Silence?

This story has an amazing cast of characters. Most of which have fur. Imagine a future so far distant, that the remaining sapient beings in the galaxy all evolved from mammals that roamed Earth ages ago. Welcome to Barsk and the other worlds in the Alliance. And did I mention time travel, sort of? There are some books that you don't want to finish. This is one of them. Especially when there isn't a sequel...yet! Very very highly recommended.

Posted by popnowlin at 16:17 No comments: Links to this post

InterGalactic Medicine Show Issue 49 is a collection of stories and articles related to fantasy and science fiction. This is an online magazine I subscribe to. It's good stuff.

This issue has real winners. I enjoyed Souls are Like Livers. Going Green was good, and kind of scary if you know any greeniacs. The Soul Mate Requirement was great but sad. That's what happens when the government is in charge of things that are not their business. And Barsk: The Elephants' Graveyard was just a taste of a full novel, but the taste was so good I bought the book. If you like science fiction and fantasy, this magazine comes very highly recommended.
Posted by popnowlin at 19:55 No comments: Links to this post

The Hunter's Prayer is a stand-alone novel about losing family and gaining family. And not the way you think. This book is available through kindleunlimited. 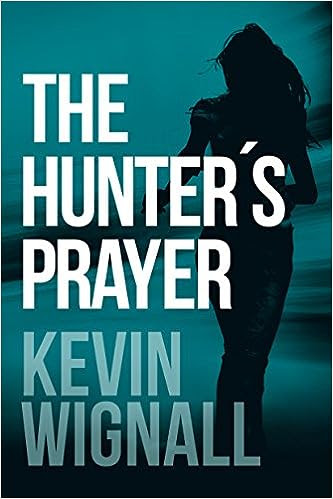 Ella Hatto is enjoying an evening in Tuscany with her boyfriend Chris, sitting at an outdoor cafe and sipping drinks. Then Ella spots someone sitting at another cafe. Someone she remembers seeing in Rome and Florence. Was he following them? It turns out Lucas was, and it's a good thing. Ella is about to have the adventure of her young life, and it won't be a good adventure. This is a twisty tale of life and death that has an intense and disturbing, but good ending. Highly recommended.
Posted by popnowlin at 19:06 No comments: Links to this post