Wounded Animals is the first novel in the Whistleblower Trilogy. This book was free when I downloaded it. It's now 99 cents for the kindle. 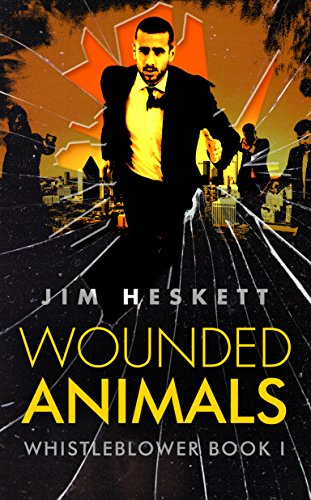 This story started out good, with Tucker Candle trying to drink away his sorrows. Candle's company is closing up their Colorado location and Candle is about to be out of a job. Then Candle notices Kareem turning water to wine. Kareem gives Candle a cryptic warning to not go to Dallas, but Candle can't find a way to get out of it. Unfortunately the story was downhill from there. Evil bad guys, who weren't that evil, and senseless killings that remained senseless, even after the book was over. The ending was like the story ran out of steam and then nudged into a wall. The other books in the trilogy may flesh out this tale, but I won't be reading them. Barely recommended.
Posted by popnowlin at 17:15 No comments: Links to this post

Enemy is the first novel in the On the Bones of Gods series. This book is available through kindleunlimited. 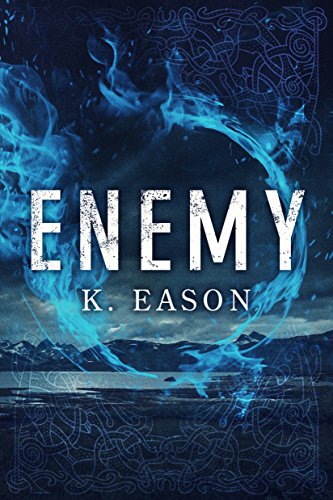 Snowdenaelikk is a half-blood conjuror and a smuggler. Snow also has a connection to a Svartjagr that gives her advantages and disadvantages. The advantage is an aerial lookout. The disadvantage is temporary blindness and killer headaches. Snow is trying to meet a courier on business when the legion shows up.

Veiko is an outlaw. He and his two dogs have been running for two years now. They live off the land and avoid other people. At least they did.

The odd pairing of Snow and Veiko is an adventure all by itself. Throw in some nasty gods, the legion, vicious raiders, and even a dragon, and the adventure kicks into overdrive. Oh yeah, I forgot the ghosts. Very highly recommended.

Posted by popnowlin at 23:40 No comments: Links to this post

The God's Eye View is a stand-alone novel that may keep you awake the rest of your life. This book is available through kindleunlimited. Evelyn Gallagher is a computer specialist for the NSA. Evie is in charge of a system that ties together CCTV camera systems from all over the world, and correlates any activities that seem suspicious. When Evie begins to doubt the activities her system's information is being used for, her whole world changes. Evie knows it's very hard to hide from the NSA, but she doesn't know the half of it. If you ever lost sleep over what the NSA was capable of, you may never sleep again. Very highly recommended.
Posted by popnowlin at 09:50 No comments: Links to this post

The Jungle is the 9th novel in the John Milton Thriller series. I highly recommend them all, but start with the first and read them in order. John has settled into a routine as far as meetings go. He's lost his job recently, because the cab shelter closed. When John volunteered to help out a friend from his Friday meeting, he couldn't anticipate the consequences. The two had to drive to Amiens France to pick up furniture. On the way back across the channel from Calais to Dover, they picked up some stowaway refugees. John promised to help one who's sister had been kidnapped. John kept his word in splendid fashion. Plenty of action and the good guys win. Very highly recommended.
Posted by popnowlin at 22:03 No comments: Links to this post

The Thief's Daughter is the second novel in the Kingfountain Series. This book is available through kindleunlimited. Owen is all grown up now. He's the Duke of Westmarch. Owen and Evie are still thick as thieves and very much in love. What will become of them when war breaks out and King Severn needs to cement alliances? The court intrigue and battles keep this story moving rapidly. The ending is sad, but expected. I'm looking forward to book three, but it's not out until September.
Posted by popnowlin at 20:06 No comments: Links to this post